At the beginning of every career of mine, I always feel like a #shitmum.

I know, a lot of people would go..”Don’t say that??!!” Or some would smirk and nod, secretly saying, “glad you realised.”

Anyway, here are a few things that I’ve done/didn’t do that would easily score the #shitmum batch by society (by mothers especially,the irony!).

I missed the deadline to register Lucas for Primary 1.

Yes, whilst I saw a lot of other mothers update on social media, reminding me about the whole registration.

I missed it. What an ass right?

I’ve got no one but myself to blame cos I thought that the government website said 30th April and I took it as it is.

I did register him online before 31st March but I didn’t get to his supposed future school in time.

I was told that I can come back next year from 1st-31st March and there would still be space.

And it helps that he already has a sibling in the school.

Shit can happen right? So let’s just keep our 🤞.

How shitty can I get right?

All sorts of excuses came up when we were in Miri.

1) Parents & Godparents have to attend a two day course. (Whaaaaattttt???)

2) In Miri, we need a family book.supposedly to be given to us when we got married but…err…it only applies in Sarawak.

So we just forego it til we came back.

Imagine if we didn’t get this opportunity to come home.🙊

But even after coming back, it took me 4 months to register.

I guess you can now label me as a procrastinator.

After 3 years of absence.

Why? Cos his parents never got to re-print his baptism certificate.

We didn’t receive his baptism certificate from his Godmother who has now disappeared.

And we didn’t have the opportunity to get it printed again.

After finding out that the process was so simple, I really wanted to just kneel down in front of the alter and said..”Sorry.” 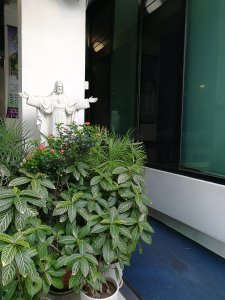 What’s worse? He could receive communion this year if he started earlier.

The Sunday school teachers were helpful though.

They said if he can understand the faith quick enough, he’s still in time.

And he did us proud. He participated so well in his first class and his teachers were impressed.

Well, no credit should be given to us as parents cos we didn’t expect him to remember what we told him.

And our conversations are mostly about Animals and why are things named as they are named.🤔

So how on earth he knew about how God created all humans as different, makes me wonder if it was because of his condition as a child with Dyslexia.

Because he is aware that he is different from his peers and that he is just not like us.

It’s interesting but it doesn’t take away my label as a #shitmum.

I’m not asking for anyone to say..”Ciku, don’t feel bad. You are doing great!”

I’m conscious that these were bad decisions that I (we) made and I’m writing it to remind myself not to procrastinate and stop being or feeling like a #shitmum.

I know of a mum that was blamed for her kids falling sick almost every month.

Or another mother that was made full responsibility of a child’s education achievement.

I don’t mean to sound like a broken record but germs are everywhere and the child also belongs to the father.

So whilst I know my procrastination isn’t something to shout about. I’m glad my husband on the other hand didn’t give me shit for not completing those stuff.

Maybe cos he also knows that I would say..”Kiddos are yours too dude!”

I’m blessed with children who appreciates every moment that I have with them. 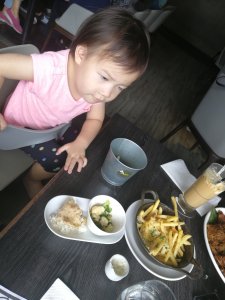 By being a “Mini Human Magnet” whenever they see me.

To all mothers out there,

When you feel like you are a #shitmum, you are not the only one.

At least, Ciku is with you. Hahahahaha…

Most importantly, look at the positives rather than dwelling on how shitty you were.

I hope that this post gives you a little light and a little more courage if you ever find yourself being a #shitmum.

A working mother of three beautiful kids. View all posts by Yi Lei