My eldest is officially 9, tomorrow.

It has been 9 years since I became a mother for the first time and I found this quote so true.. 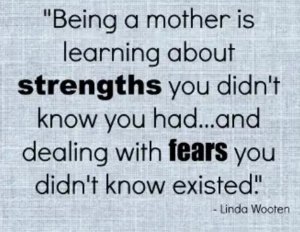 My journey as a mother started with me falling into Post Natal Depression(PND).

But I am blessed with one of the easiest infant to care for.

I still feel my experience in caring for James as an infant and toddler is so much easier than my younger two kiddos.

But as we discovered more about James, my worries started building up.

If you haven’t read(known), my eldest son is Dyslexic.

Since he was identified as dyslexic, we tried endlessly to find ways to help him read and spell.

At times we see progress, at times we wonder if we haven’t tried harder.

But the quote is true.

I never knew that I developed such strength to see my kid struggle to learn in mainstream education.

I never expected to have to deal with a child with such learning disability.

As I read and studied more about Dyslexia, I discovered that:

1) Reading is not the only way to learn.

2) There is no cure to Dyslexia because it’s not a disease.

3) No matter how hard we try, he would still be slower than his peers in reading & writing.

4) I’m blessed with a child who can’t care less of what the world perceives him to be.

You may argue that he is only 9 and that he hasn’t been exposed to the cruelty of society just yet but if we could focus on him being him, building his confidence at home, so that he can bring that same confidence to face society, why should we still force him to learn by reading?

Here’s a sample of my 9 year old’s writing: 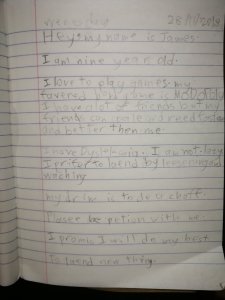 And perhaps only another person with Dyslexia would be able to understand him cos most people (including his teachers) won’t be able to.

For those who are wondering what he wrote:

Hey, my name is James.

I am nine years old.

I love to play games. My favourite board game is Monopoly. I have a lot of friends but my friends can spell and read faster and better than me.

I have Dyslexia.I am not lazy. I prefer to learn by listening and watching.

My dream is to be a chef.

Please be patient with me.

I promise (that) I will do my best to learn new things.

After reading what he wrote, most teachers/adults would label my kid as

If they only knew, a person with dyslexia is not incompetent in intelligence.

We’re blessed with a kid

1)who allows us to decide what kind of additional help he may need.

2)who hasn’t played tyranny in school or hurt another just so he could avoid having to go for classes.

3)who didn’t let his teacher’s punishment effect him emotionally and mentally.

It is our role to understand him, to know that there are many other ways to learn and to educate his teachers and care takers that he can’t learn by reading. (Although, I wished all educators in this country are aware that reading is not the only way to learn.)

I hope to be blessed with educators who would understand that reading is not the only one way to learn.(think of the blind, the dumb and deaf, how they learn to go on with life is amazing!)

I hope that more children with dyslexia would be able to go to school and learn, by not being forced to read and write and not being punished for something they are born with.

If you are wondering why I won’t send him for therapy, until he could read and spell again.It is because I finally realized that sending him to all sorts of therapy is like asking a person born blind to know how a rainbow looks like.

It is my duty as a mother to teach him to learn differently. To help him with voice, with technology, with a lot of encouragement.

If there’s one consistent thing about James, it would be his dream.

Just like any other normal kid (or perhaps more consistent than a lot of kids cos I didn’t stick to one ambition when I was a kid), he has a dream.

And his dream has always been, to be a chef, since the age of 4.

He would not hesitate when asked what he dreams to be.

And for that, I’m blessed.

Every child is a different kind of flower. And all together, makes this world a beautiful garden. 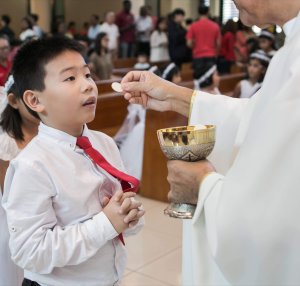 Thanx for being the best teacher I’ve ever had.

Be assured that your future is just a matter of how you make the best out of everything.

“Dyslexia is a genetic, brain-based characteristic that results in difficulty connecting the sounds of spoken language to written words. It can result in errors in reading or spelling as well as in a number big areas not considered major life activities, such as determining right and left.

Individuals who are dyslexic can be highly independent and intelligent.

-A snippet from, The Dyslexia Empowerment Plan by Ben Foss-

A working mother of three beautiful kids. View all posts by Yi Lei